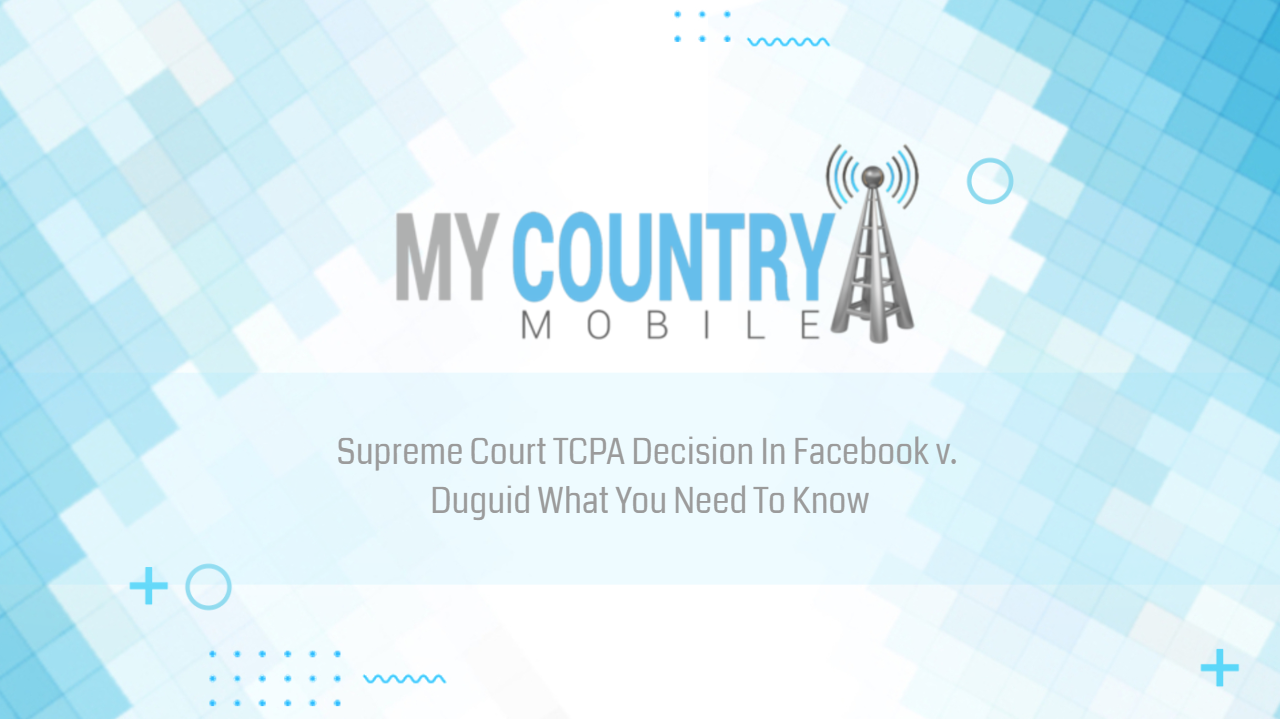 Facebook v. Duguid was a Supreme Court Facebook case that considered the definition of an “automatic phone dialing system” (commonly known as an ATDS, or autodialer), which is a term in TCPA. This term has been the subject of much litigation and debate.

The Supreme Court unanimously ruled, “In summary, Congress’ definitions of an autodialer require that, in any case, whether storing numbers or producing them, the equipment must use a sequential or random number generator.”

The Supreme Court Facebook decision applies to the TCPA section that imposes restrictions for calls and texts made by automated dialing. In addition, this ruling clarifies which equipment is an autodialer in the context of this provision.

The Court’s decision does not affect other parts of the TCPA, such as the restrictions on calls or texts made using a prerecorded or artificial voice or numbers on the Do Not Call Registry. In addition, this ruling does not apply uniformly to state laws that restrict automated dialing.

Can I text or call anyone without their consent?

Mobile carriers still block calls and texts they consider unwelcome by mobile subscribers. This is regardless of whether the calls or texts are legal. You are risking your ability to communicate effectively with customers if you start contacting them without their consent. Even if callers/senders prove that their communications comply with legal requirements by Supreme Court Facebook, mobile carriers can still block traffic. Get details about SIP services.  see also How Missed Call Service Works?